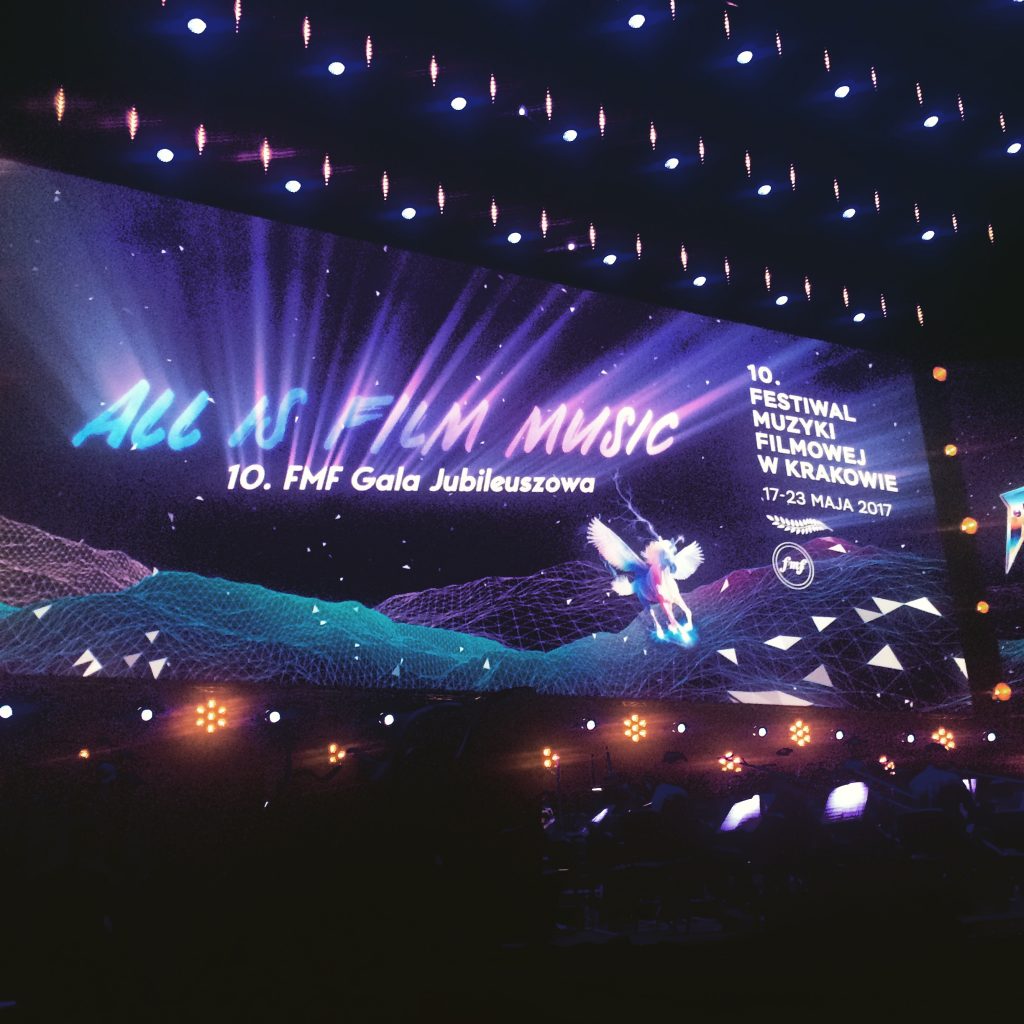 Film Music Festival has its tenth anniversary with thousands of participants. This year’s crew is more experienced and more professional than a year ago.  There are artists who have been there already and who are completely new. But first and foremost is film music.

Film music has always been  in my life. At the very beginning it was rather unconcious. I often didn’t have any idea that some pieces are from a given films. However, during film shows, I have always paid attention to the soundtrack and each film gained more if the music was able to move my heartstrings.

For the first time I was at the Film Music Festival in 2012 where I watched a film with live music. It was Perfume: The Story of a Murderer. I still remember great emotions which I had while listening to the unique soundtrack played by the orchestra. I decided that I would come back to that festival. Two years later, in 2014, I took part in this festival as a volunteer. Unfortunately, in 2015, I wasn’t lucky and I couldn’t participate in it but in 2016, I became a member of a big Film Music Festival family. And so the story goes on and here I am – at the 10th Film Music Festival.

Since it was the tenth anniversary, I set Film Music Festival a high target. Maybe it was a little bit too high, because the programme, in contrast to the last year’s one was slightly poorer when it comes to the number of concerts. Was it the same with the quality? Not really, in this case, they made a quantum leap. There were lots of artists and composers – the ones who have already been friends with the Film Music Festival, and the ones who were completely new.  It’s hard not to remember about Howard Shore or Jan A.P. Kaczmarek who have already been known in film music history. But there were also younger composers, such as: Abel Korzeniowski or Brian Tyler.

What’s more, organizators did their very best to make a careful and conscious selection of all this year’s solists, and that’s why we had a chance to hear  Natasza Urbańska and Edyta Górniak. Let’s give the organizators a clap, especially the KBF which gave me the opportunity to participate in those beautiful concerts.

This year’s festival filled with emotions. Some of my dreams came true and most of all, I became assured that I do exactly what I should do. I know that I have a passion – after all. I wasn’t forced to spend all these days and nights at the festival with lack of sleep and completely unregular routine. It was difficult to come back to my reality but memories still keep me alive and I have the power to overcome all obstacles.

I’m happy that I can share with you my reflections, memories and emotions on the event, but – let’s start from the beginning. Below you’ll find some narratives connected with the events  during the 10th Film Music Festival. I encourage you to read: