She’s a strong and energetic woman with an incredibly powerful voice… Dozens of her hits are known to everyone. Nowadays, the artist who is a mature woman and is admired by younger generations of singers… My role model from the childhood…

BROUGHT UP ON ROCK BALLADS

As a child I used to listen to classic rock pieces. I was brought up on Polish music and I knew bands such as Perfect, Lady Pank or Budka Suflera. Among those Polish singers I could hear Bajm – the band where Beata Kozidrak used to sing. So I listened to such songs as „Biała Armia” (The White Amry) or „Piechota do lata” (A Walk to Summer). At the very beginning, it wasn’t my choice and I heard it because someone played her CDs at home. However, in primary school, I became an aware fan of Beata Kozidrak’s music and wanted to listen to her by myself. 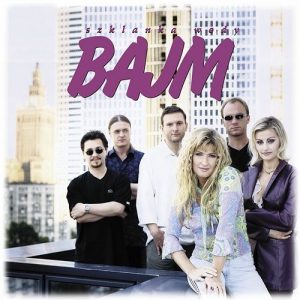 “Szklanka wody” ( A GLASS OF WATER)

The album „Szklanka wody” is my favourite. I know all these songs by heart. I had a chance to test myself during her concert. I remember that there were some songs where I changed lyrics and I didn’t know that I did it wrong. There was also some time when I wanted to look like Beata Kozidrak – someone told me that if I were older and had wavy hair, I would be a copy of Beata – now I know that they told me such things just because I was so enchanted by her! 😉

“Myśli i słowa” (THOUGHTS AND WORDS) 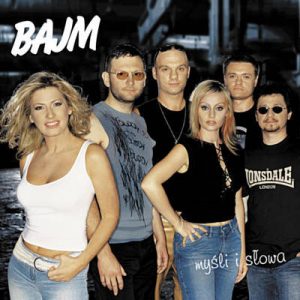 „Myśli i słowa” album is the first album in my life which I wanted to get and my parents bought it for me. I was completely in Bajm’s music and I desired to know all new songs from the latest album. It was a week after I bought a CD when I was able to sing all songs by heart. I remember that even at my music lesson I decided to sing „Wiosna w Paryżu” (Spring in Paris) – and I was appreciated by a teacher because it was a very hard piece and Beata Kozidrak’s voice may be a challenge. 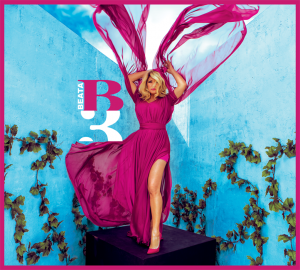 There was a time when Beata’s artistic path wasn’t my path. I knew that our paths may not meet anymore but I was wrong. Beata began a new episode in her life and she decided to release a new solo album – B3. At the same time, I finished my studies and there were lots of changes in my life. Wasn’t it an ideal opportunity to chose the same path which belongs to Beata and sing with her new songs such as „Upiłam się Tobą (I’m Drunk on You) or „Bingo”. What’s more, her incredible video clips were created by Michał Pańszczyk and I admire this young artist. That’s perfect time for me! I feel power in her songs and her latest concert made me sure that she still has lots of energy. That’s why I can undoubtedly confirm that Beata Kozidrak inspires me again and what’s going to happen? We’ll see…

BEATA KOZIDRAK ON THE INTERNET: