New things happened during the 12th Krakow Film Music Festival! There was film music from the biggest Hollywood productions, Polish vocalists, professional dancers and pyrotechnic effects. That is show the FMF Gala: The Glamorous Show looked like.

Perhaps not every fan of film music found oneself during this enormous event. Certainly, not every one of them was pleased to hear sung songs and see dancers and special effects.  However, I must admit that organizing such a big event, with such a high reach, had to be challenging for the Krakow Festival Office.

A variety of choices

I am very impressed with this gala because musical songs are as close to me as film music. I was enchanted and moved by both suits from movies such as: Love Actually, Romeo and Juliet and Great Gatsby, as well as beautiful and emotional pieces from Moulin Rouge or other super productions.

For sure, Barbara Kurdej-Szatan deserves a great praise from me. Until now, I associated her with a person who acts, sings and is literally is everywhere, but has got no talent. I was wrong. Probably this „great” Polish show business is not good for her and that is why she is not appreciated.

I must admit that Basia’s performance – One Day I’ll Fly Away and Everybody’s Free made me shiver. I heard it several Times during rehearsals and each time it was perfect. She did her best. The power of her voice and her incredible vocal range make an impression. It was a really great show!

Also, it is worth mentioning Natasza Urbańska. She did not convinced me two years ago during the 10th FMF Anniversary Gala. Now, I know that it was a matter of songs she sang.  This time Natasza performed, for example Sparkling Diamonds. She was simply phenomenal. She also showed up on the dance and acting which caused that I appreciated her performances so much.

The original or the concert version?

When it comes to the song El Tango de Roxanne, I have mixed feelings. I love this piece, and for me, the original version sang by Jacek Koman will remain my number one! It seemed that Igor Walaszek would perform equally well. Actually, something was missing. However, I think that Jakub Wocial was brilliant! The artist has a huge vocal range and even in his upper register he sounds strong and he rarely goes into falsetto, if he does it at all. It is also worth mentioning a great choreography created by the excellent dancer and choreographer Santiago Bello.

I have never been enchanted by Natalia Nykiel’s voice but this time I was surprised. For sure, she has got an amazing voice and it is quite interesting, however, I did not like her repertoire. During the gala, she go an extremely energetic song – A Little Party Never Killed Nobody, which is still in my mind. Also, she sang Young and Beautiful, which was completely opposite. For me, in both songs she turned up trumps and showed that she has a powerful voice. In addition, she knew what she sang and knew lyrics by heart.

Craig Armstrong in the flesh

My dreams came true when I saw and heard Craig Armstrong  playing his compositions.  Suits from Love Actually and Romeo and Juliet moved me deeply and led into tears. Additionally, the composer of these pieces sat at the piano and played. There were definitely too few songs like these, but it was important that they were present and they could touch my soul deeply.

Crazy in Love performed by Natalia Nykiel, Natasza Urbańska, Barbara Kurdej-Szatan, Maria Sadowska, Igor Walaszek and Jakub Wocial was a cherry on top. I must admit that I was full of fear during the rehearsals. At the beginning, the fast pace was a real challenge for all singers. However, after a few attempts it was only better and better. I liked the arrangement (Jan Stokłosa). It was slightly different from the original and sometimes, the singing was also improvised. Vocalists gave a lot of positive Energy and I really admire that they coped with the text and the pace. Thanks to this, the song did not lose its value and lyrics were understandable. 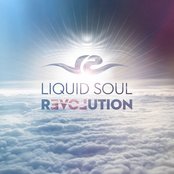 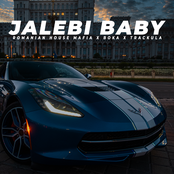 Look At The Sky
Osman
7 days 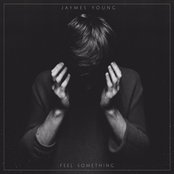